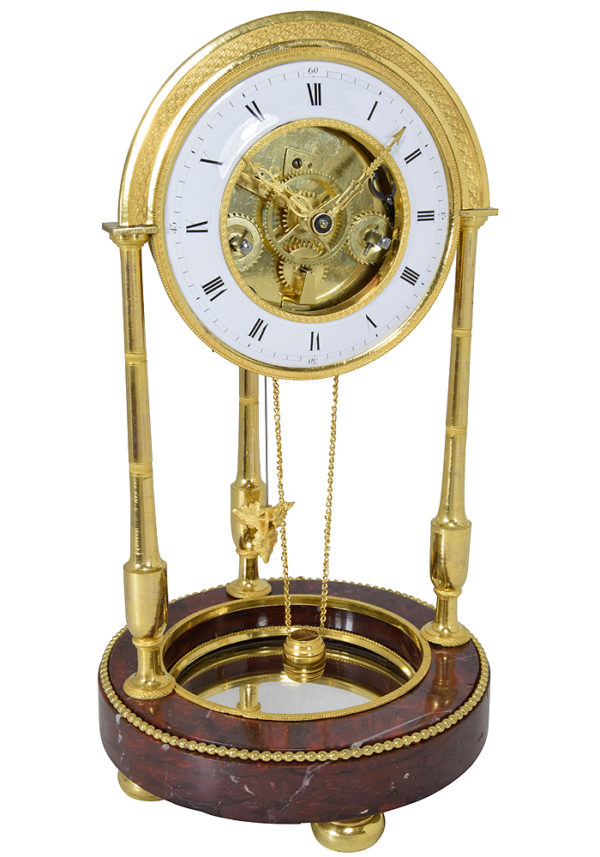 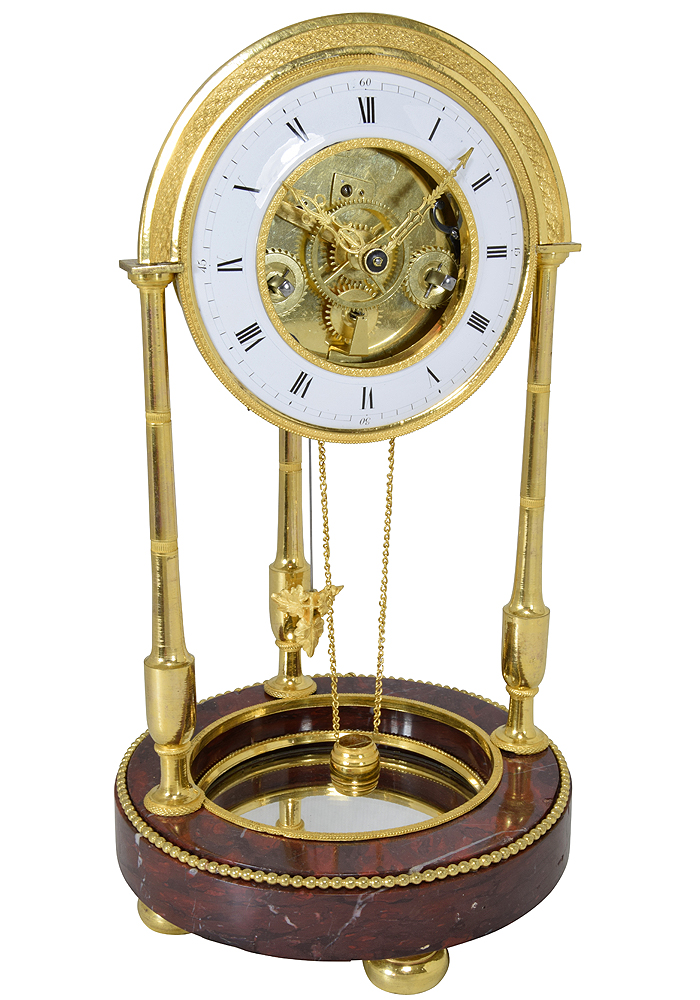 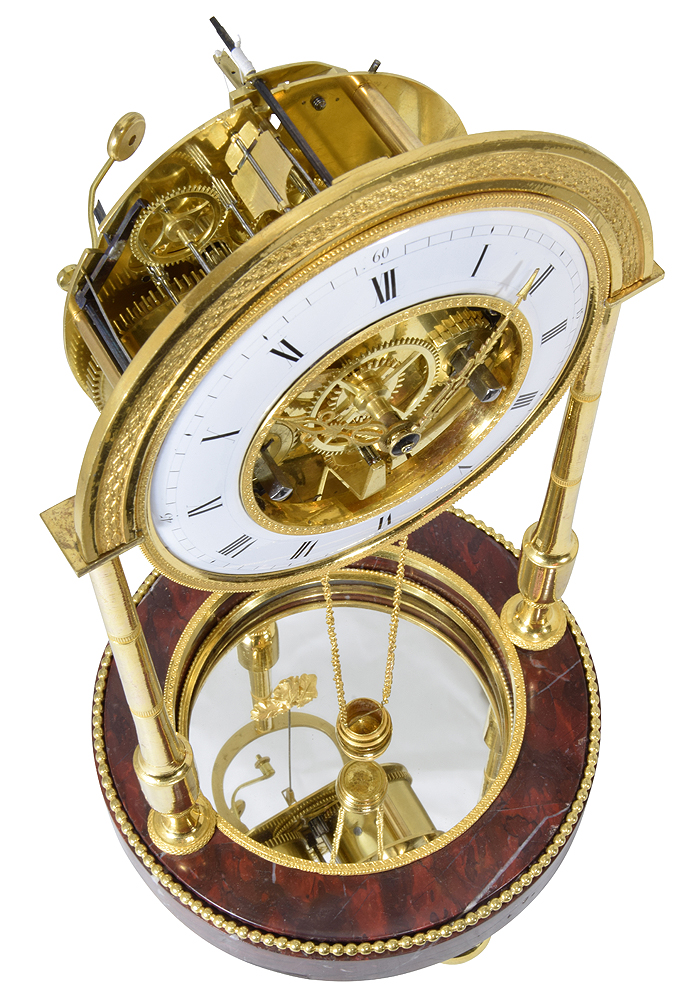 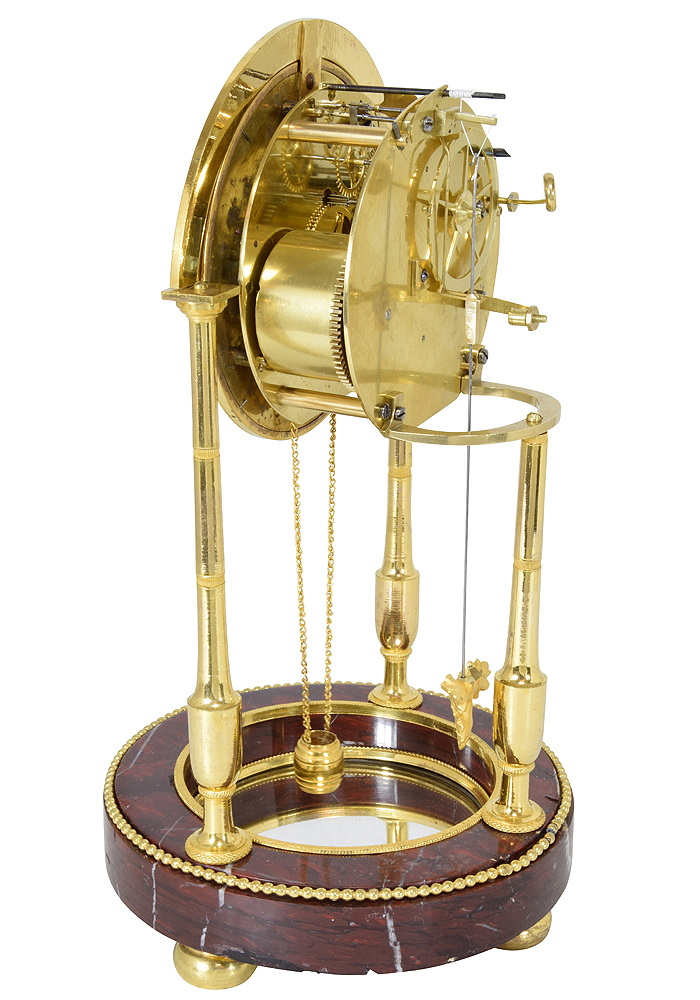 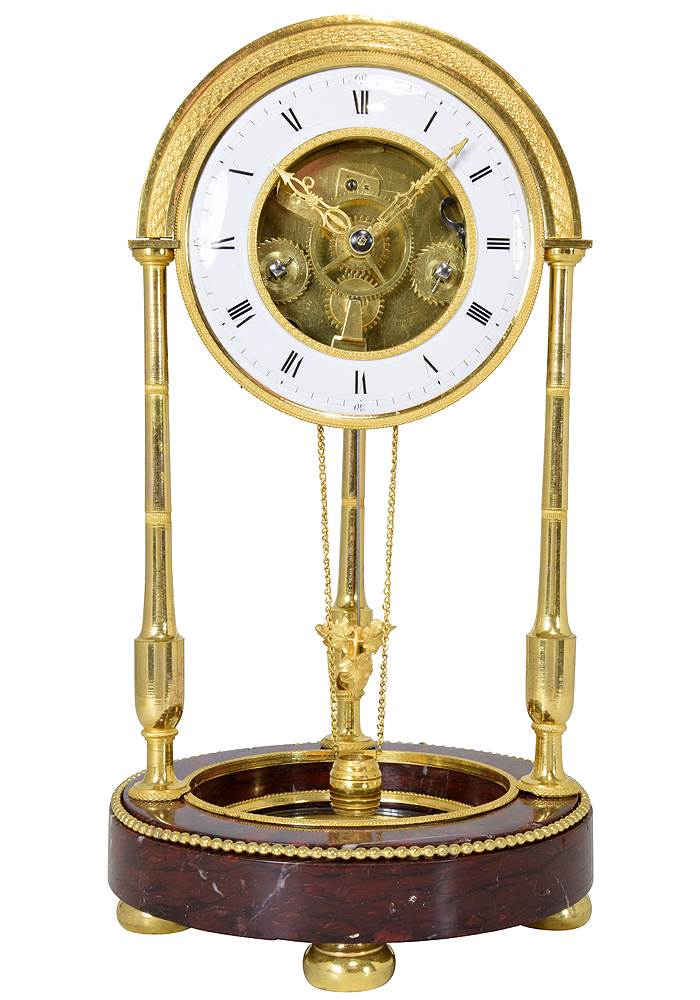 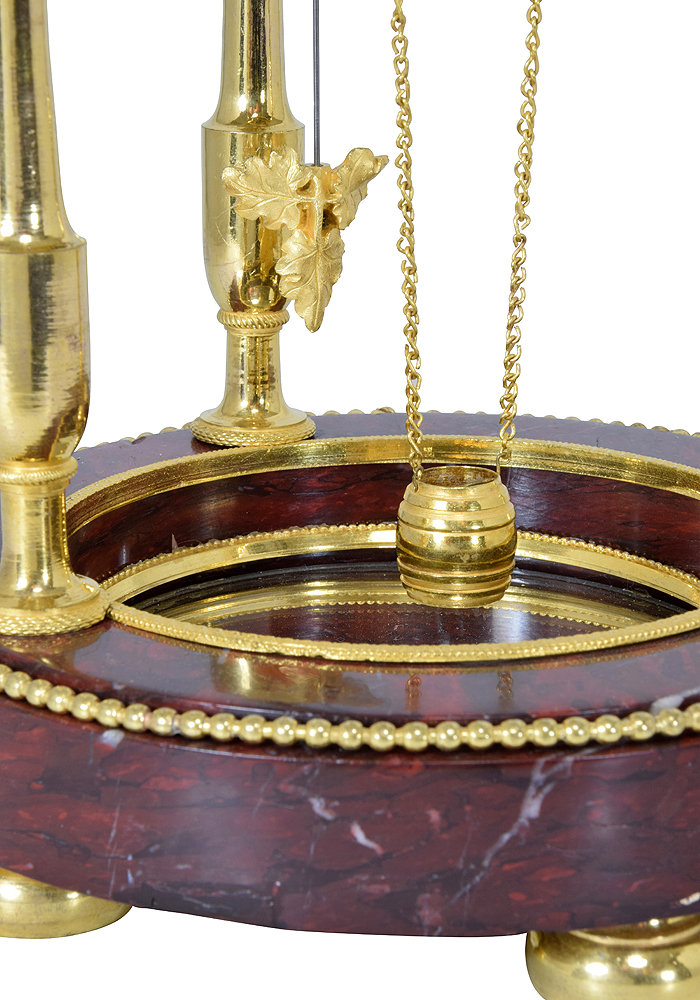 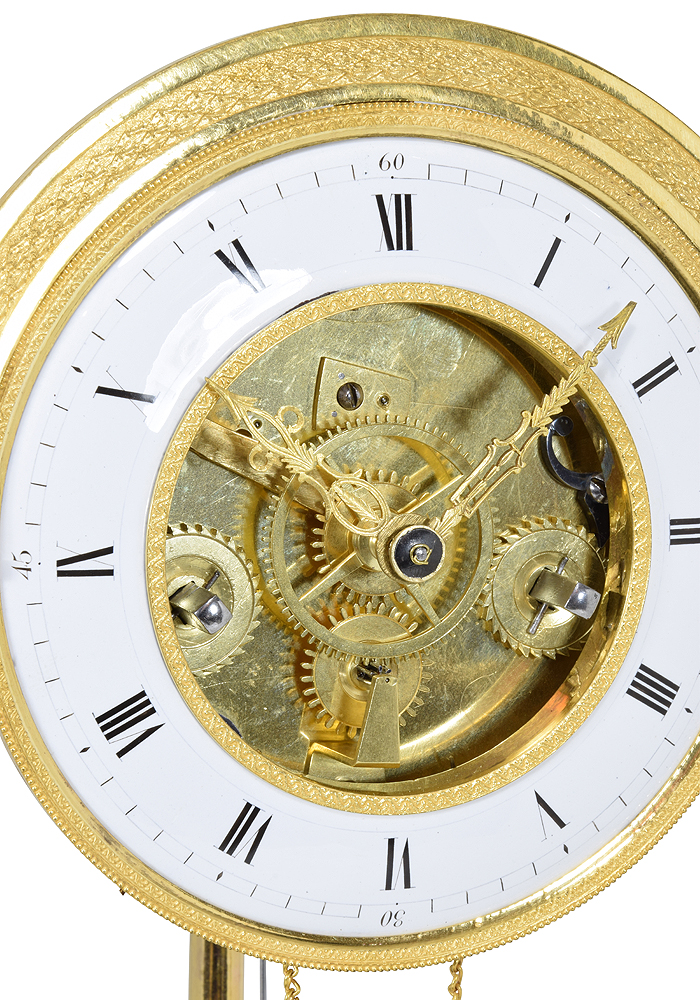 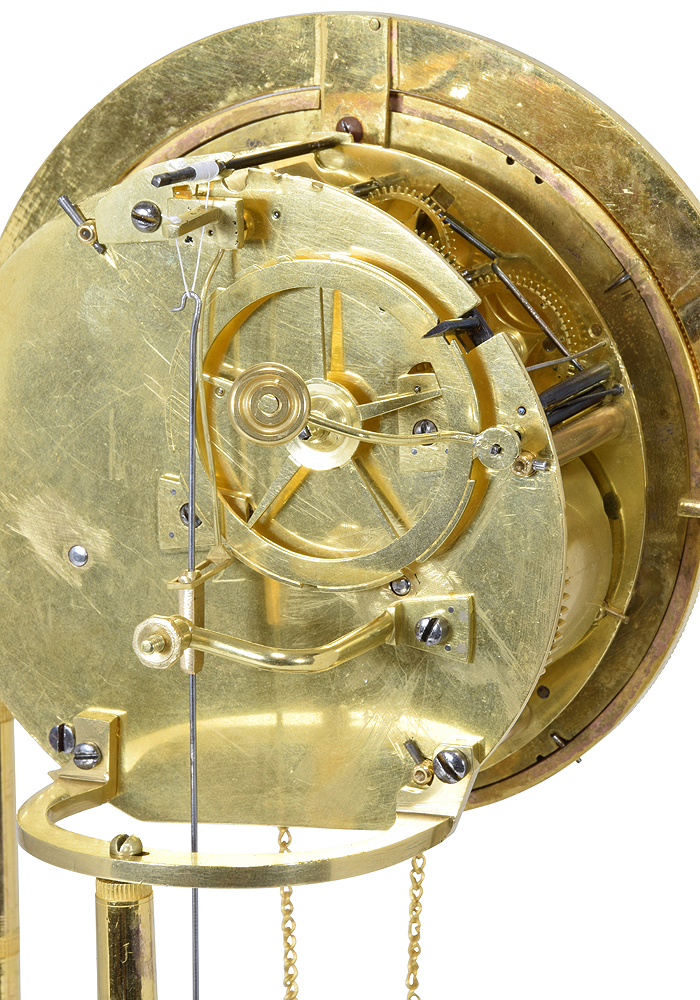 Rare pendulum at the well late 18th century. Directoire period. Faithfully reproduced with a water effect using a mirror. the original seal and chain suspended from the architecture made up of three columns ending in a chiseled tracery vault.

The base is a cylinder in solid griotte red marble. Annular dial in white enamel revealing in the center, the golden plate of the movement and some cogs, specificity called skeleton.

Original mechanism without modification, suspension with silk thread, striking of the hours and half hours on old bell.

State of conservation and remarkable authenticity.