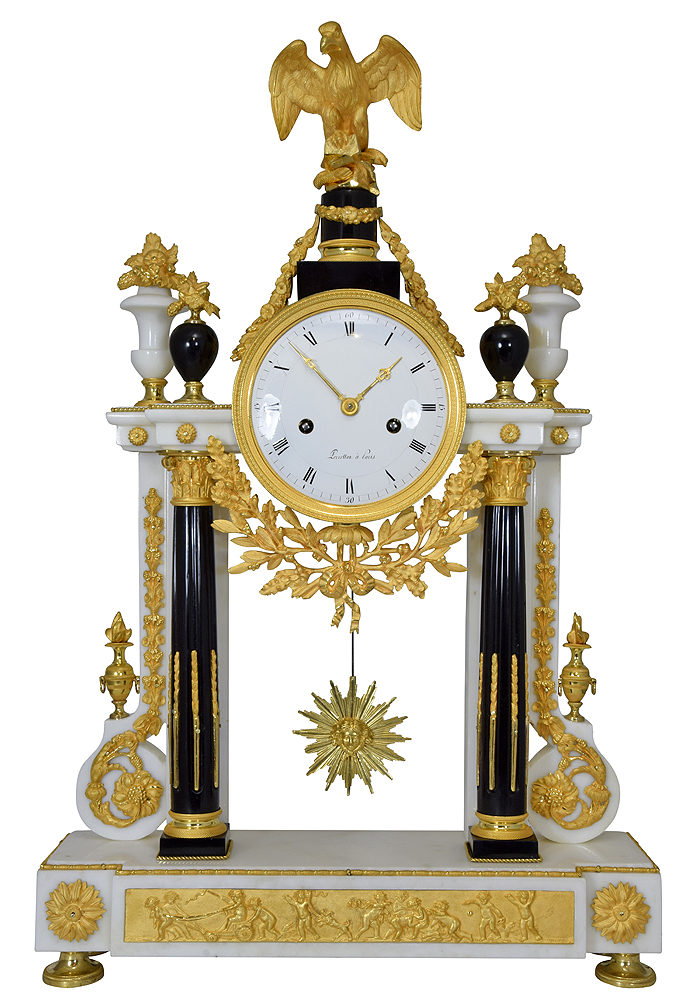 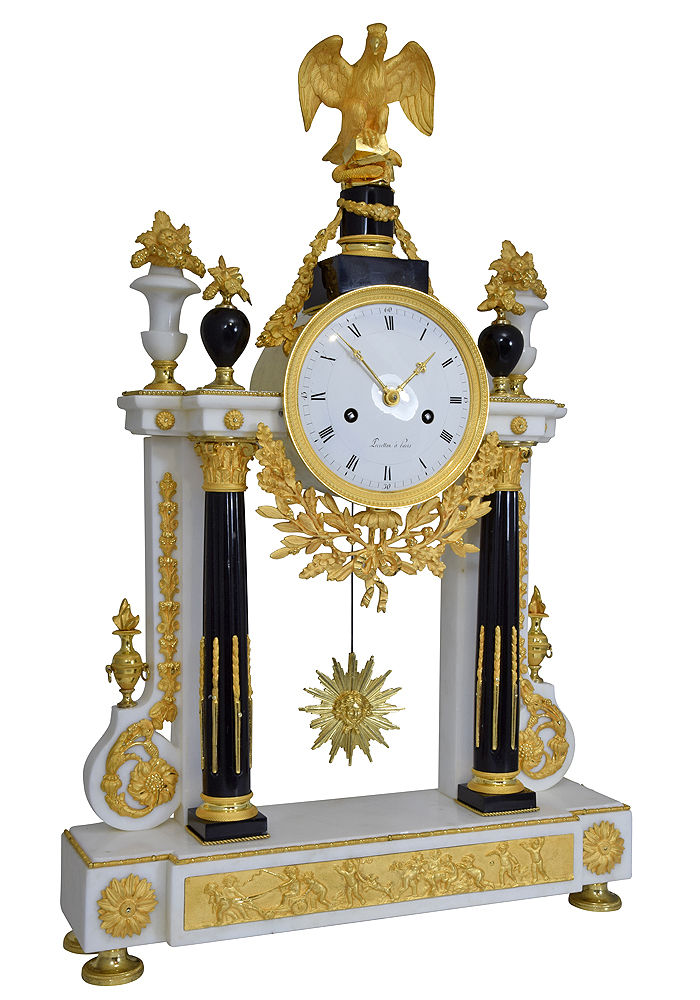 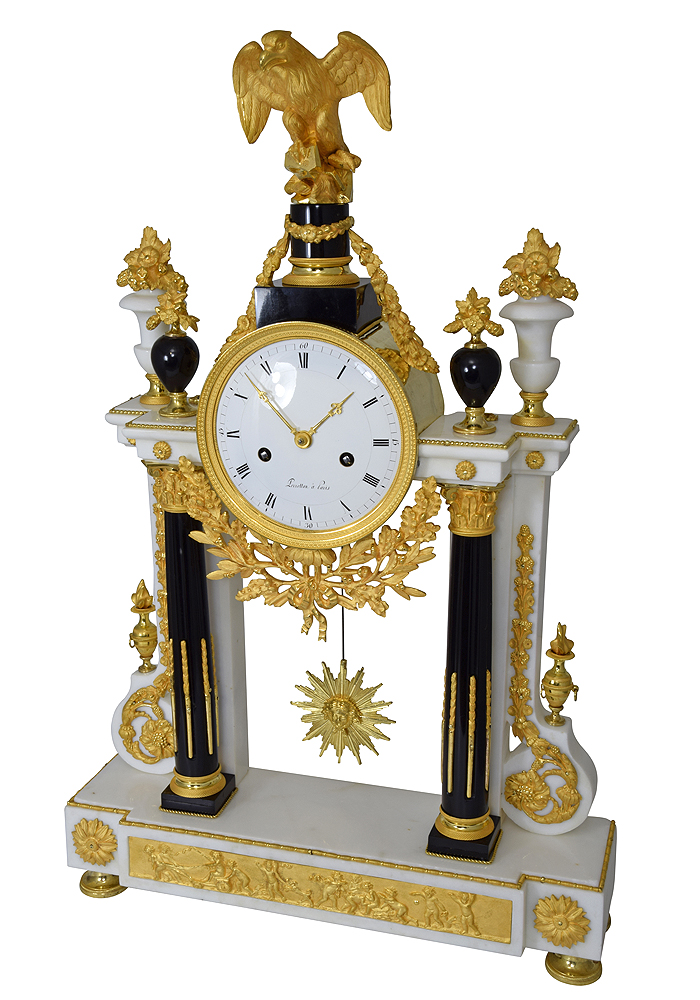 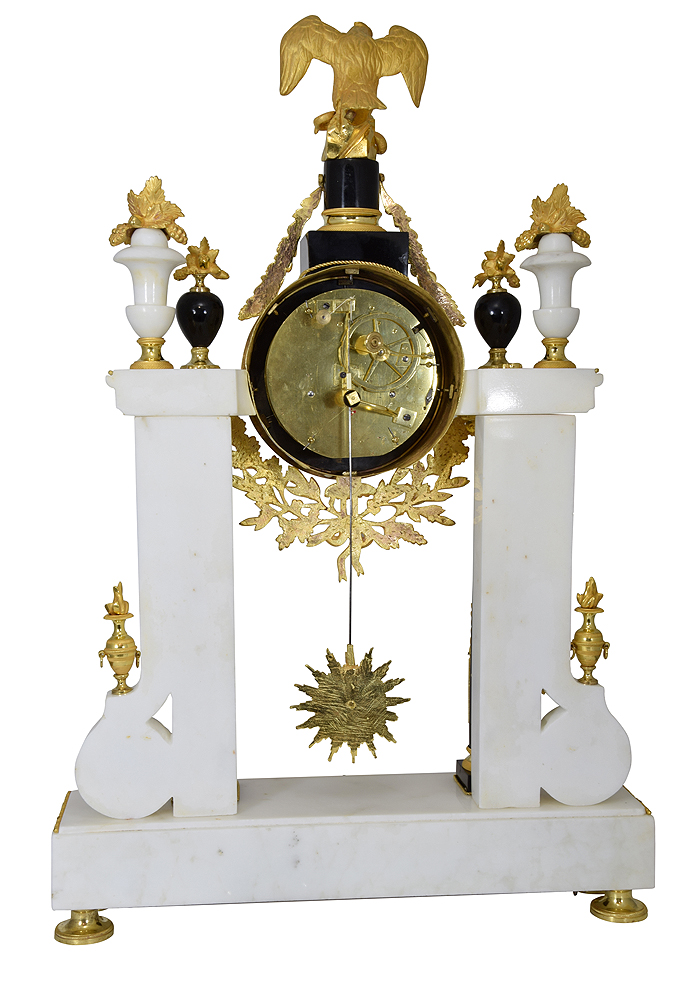 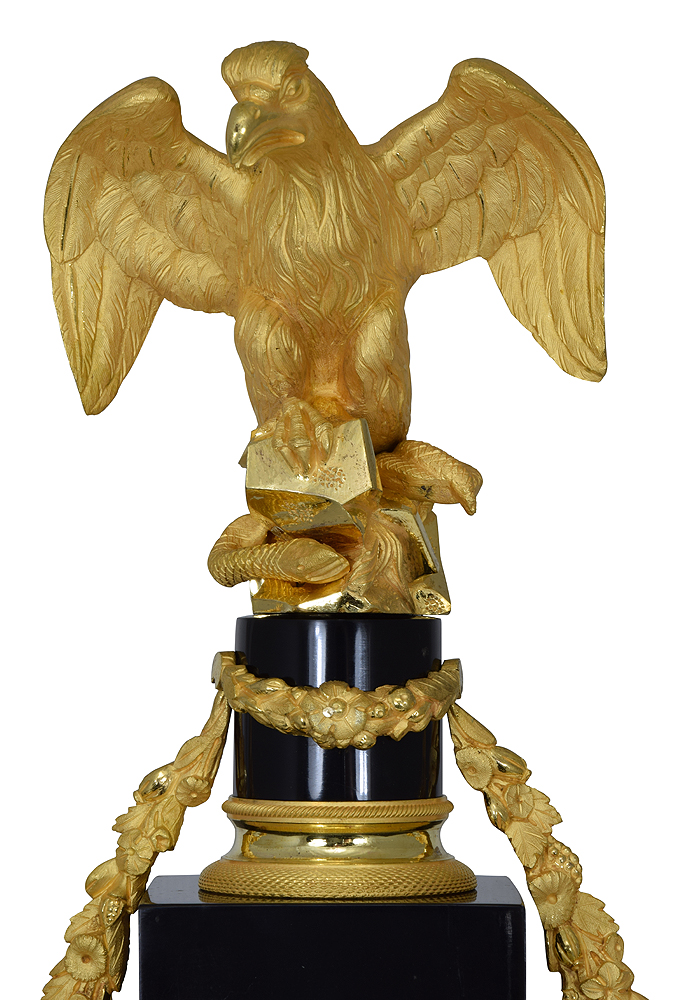 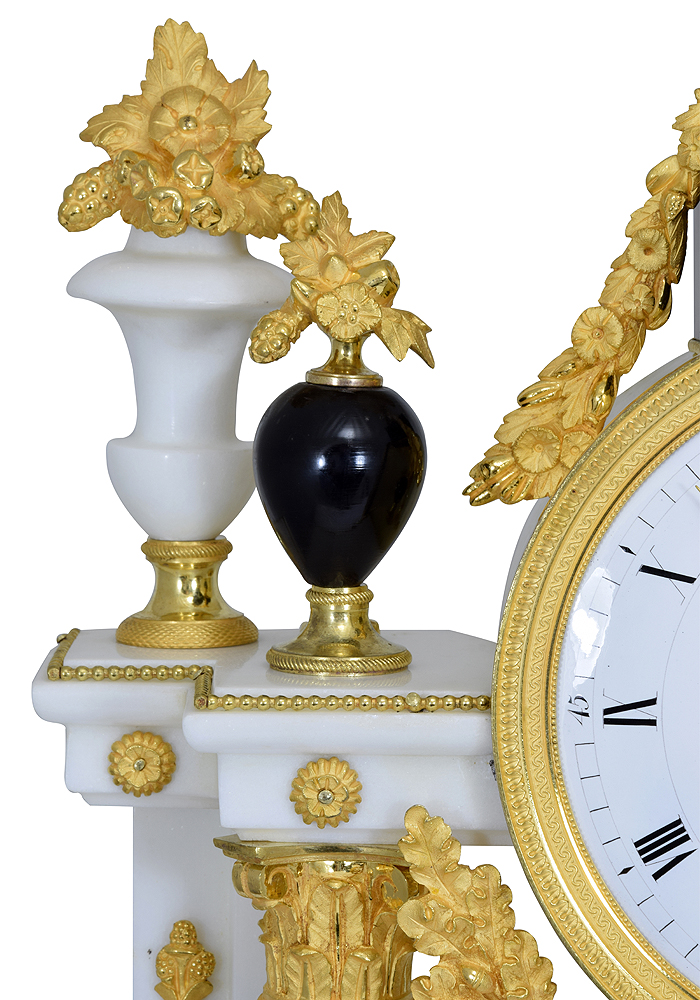 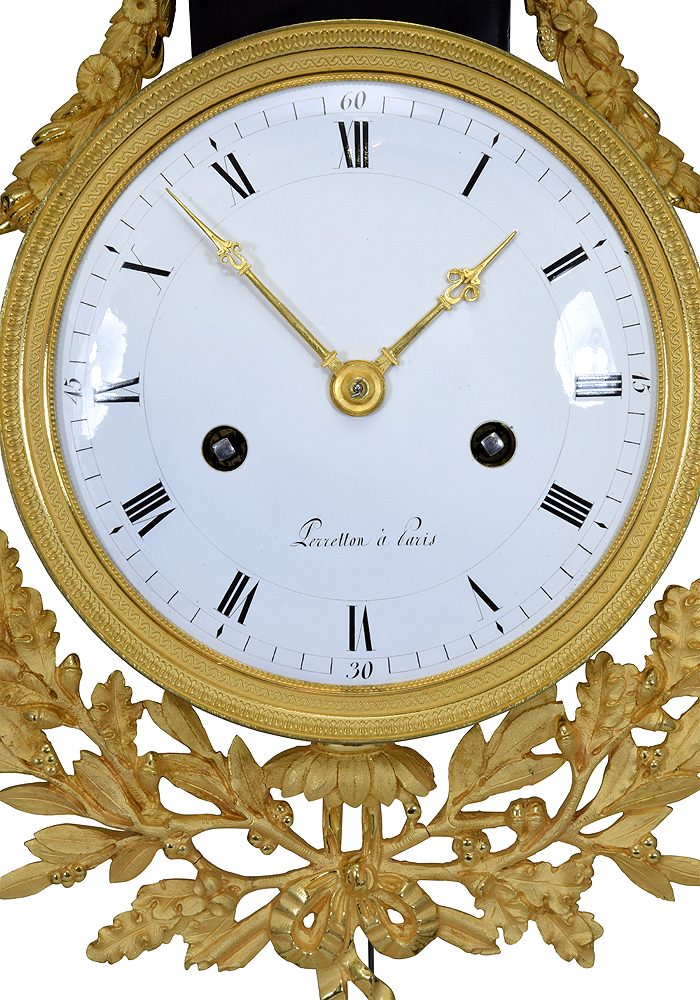 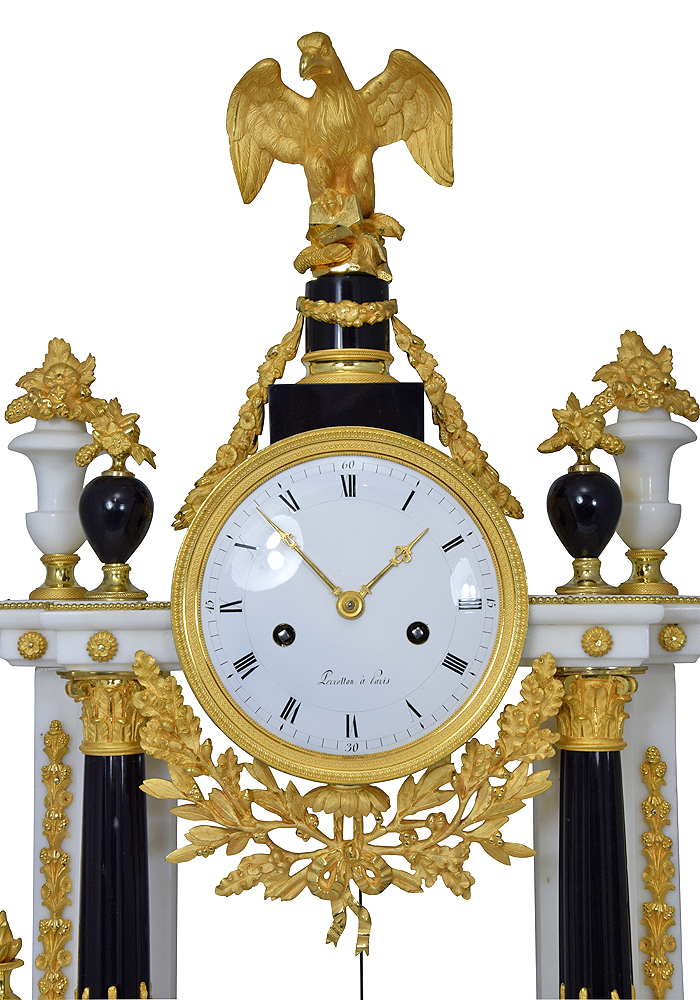 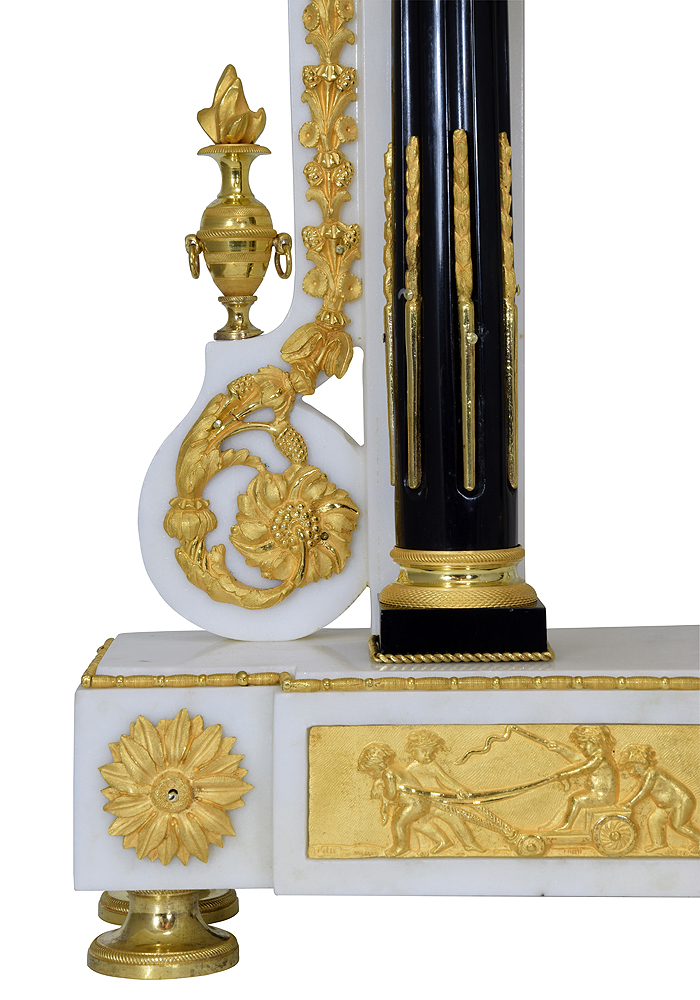 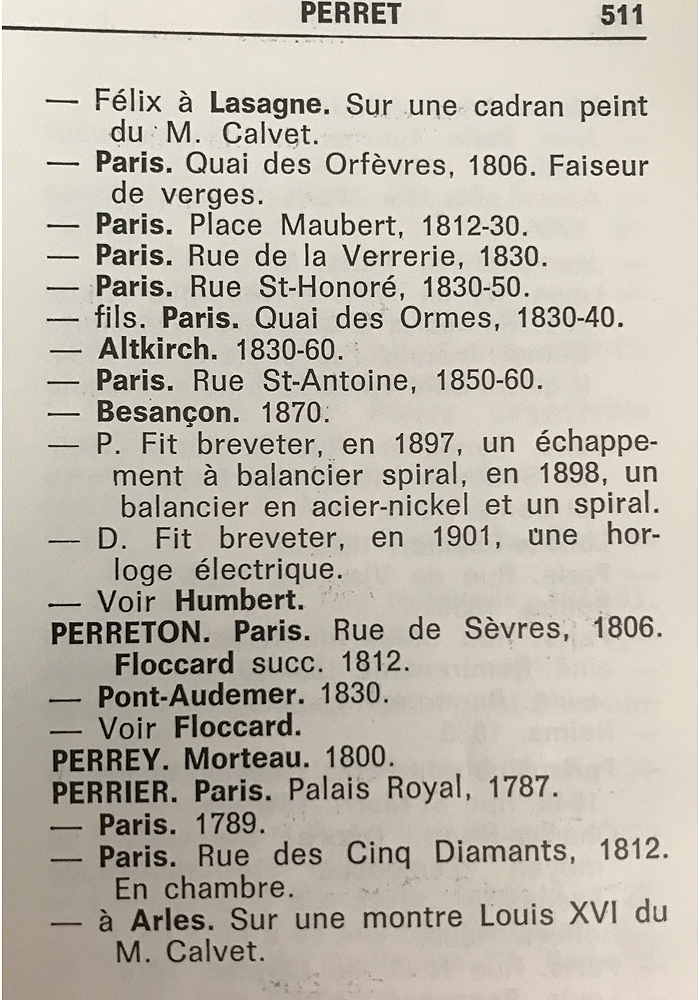 Large gilt clock period Empire signed “Perreton in Paris”. watchmaker referenced in the Tardy, dictionary of watchmakers mentioned at the date of 1806.

Architecture in white and black marble and a quality ornamentation in gilded bronze. Two flattened columns ending in a rounded, decorated with a bronze frieze of foliage and decorated with firepot. Round black marble fluted columns decorated with asparagus tips. The space between the columns is occupied by a large sunbeam. the stem is partially concealed by a large drapery of openwork foliage. The white enamel dial featuring the watchmaker’s signature and gilt bronze hands finely crafted. The upper part has four flower vases and topped with a magnificent snake eagle. The marble base is flanked by rosettes and a bas-relief decorated with cherub games.

Original mechanism without modification, wire suspension, hour and half hour bell on a bell of his time.

This beautiful clock has kept all its authenticity and a remarkable state of preservation.