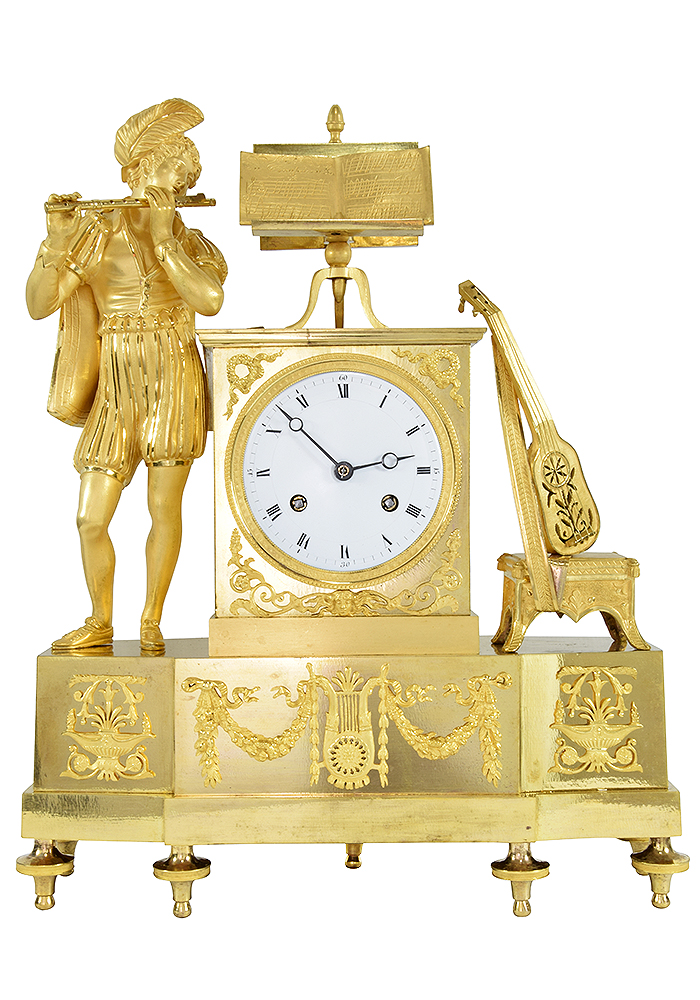 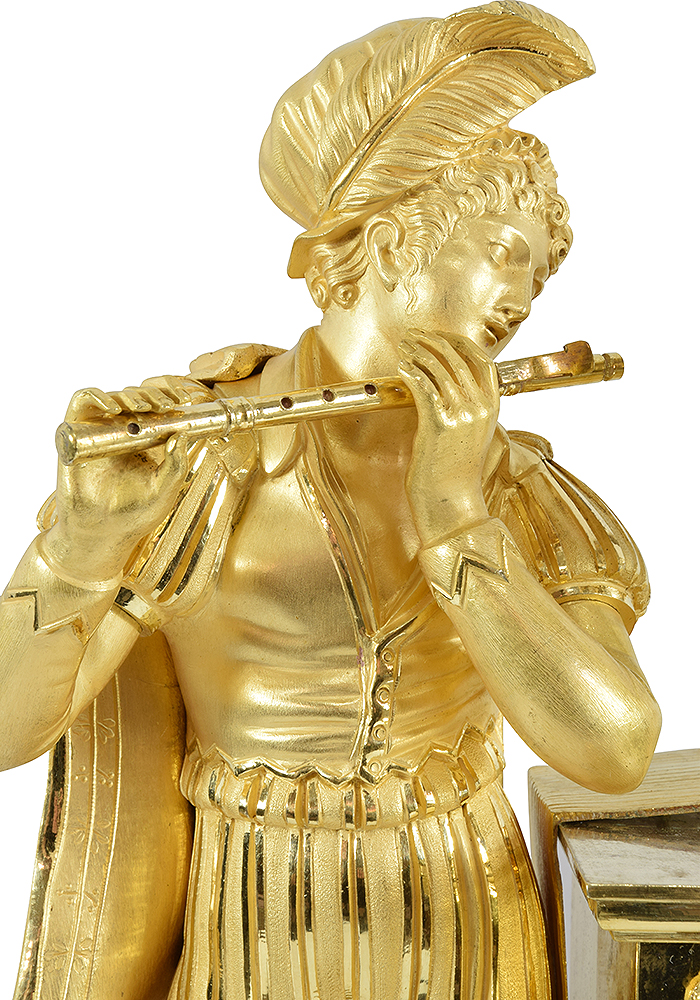 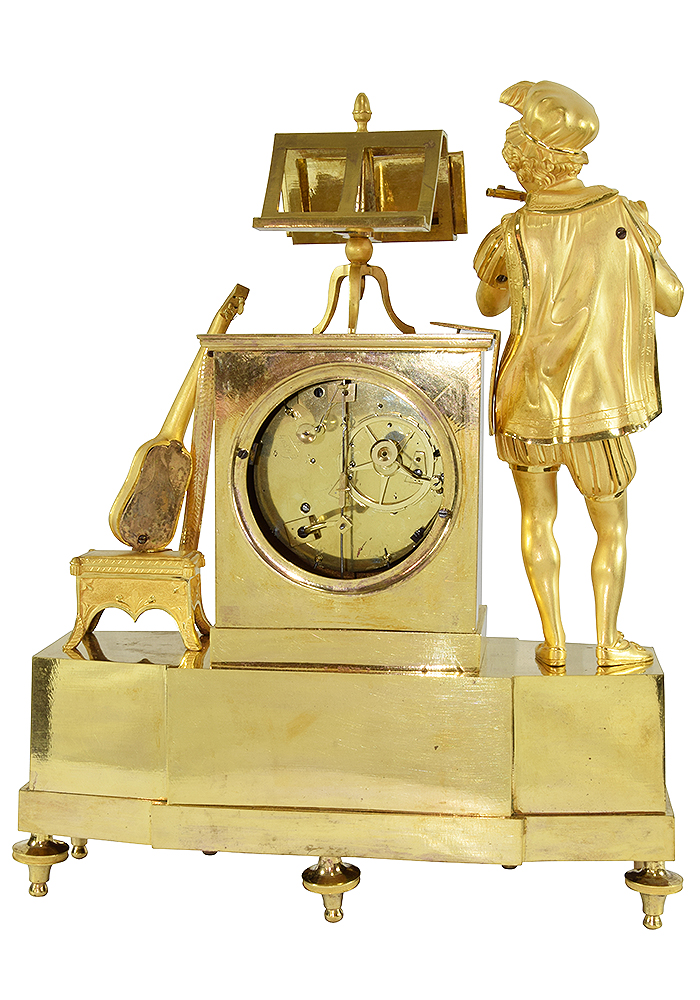 Empire period clock in gilded bronze with mercury on the main theme of the troubadour. in the style of the Renaissance with a decoration of a large character, finely chiseled wearing a typical costume of the time, playing the flute. His gaze turns to a musical score “Troubadour air” placed on a lectern. In contrast, a finely worked mandolin, rests on a chiseled stool.

The white enamel dial features the inscription in Paris and is underlined by a bronze entourage chiseled with palm leaves. The original hands are in blued steel and end in partridge eye.

Hexagonal base decorated with various friezes of garlands, basins and a lyre. The clock rests on seven spinning feet.

Original movement without modification, silk thread suspension, hour and half hour strike on an old bell.