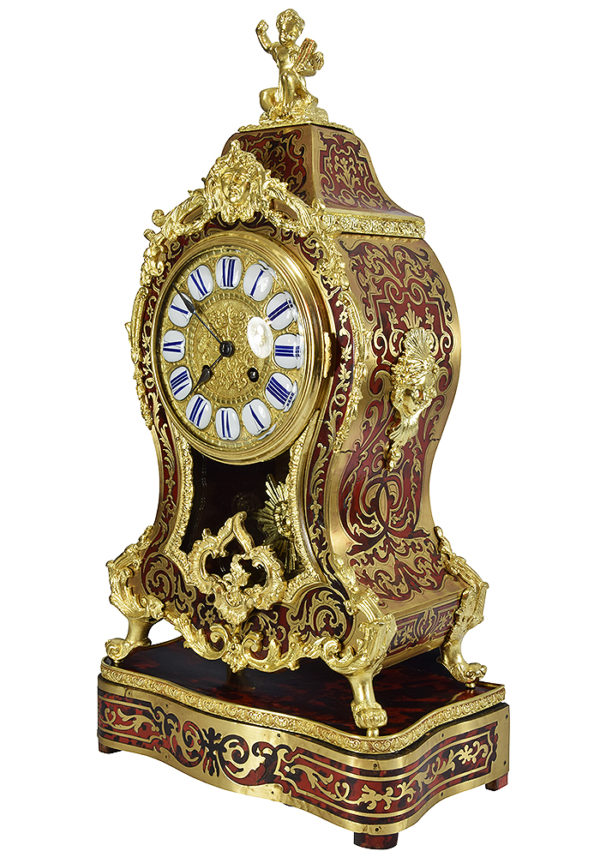 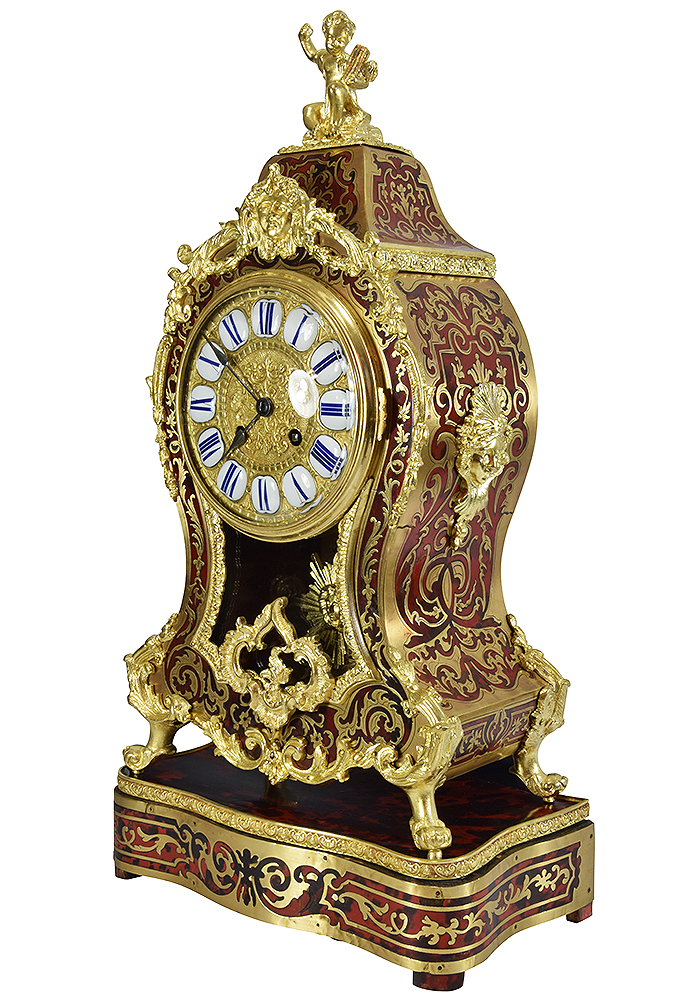 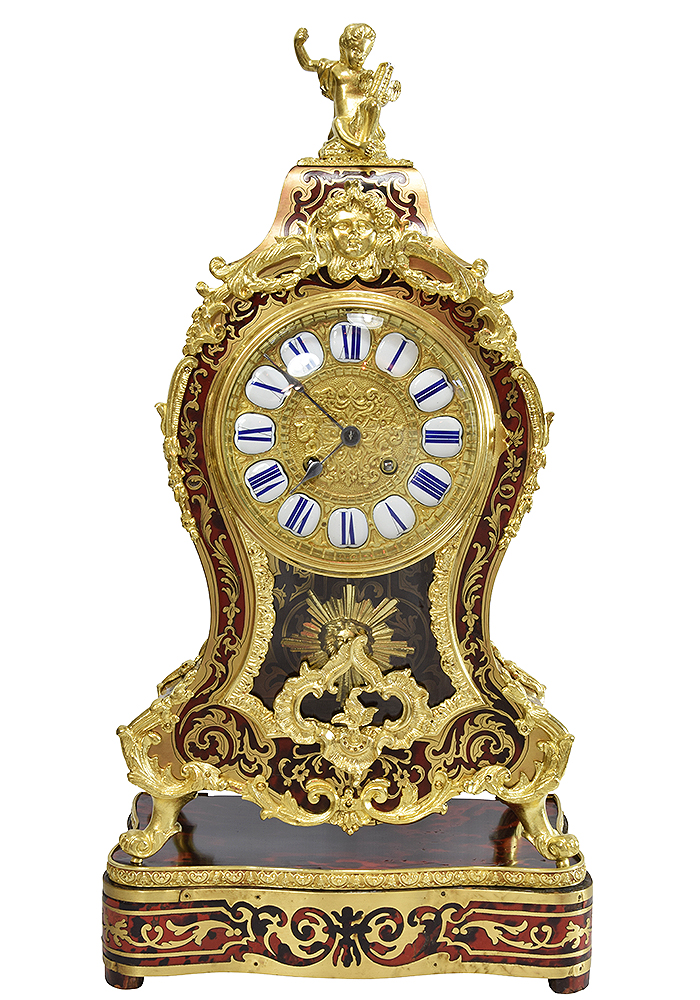 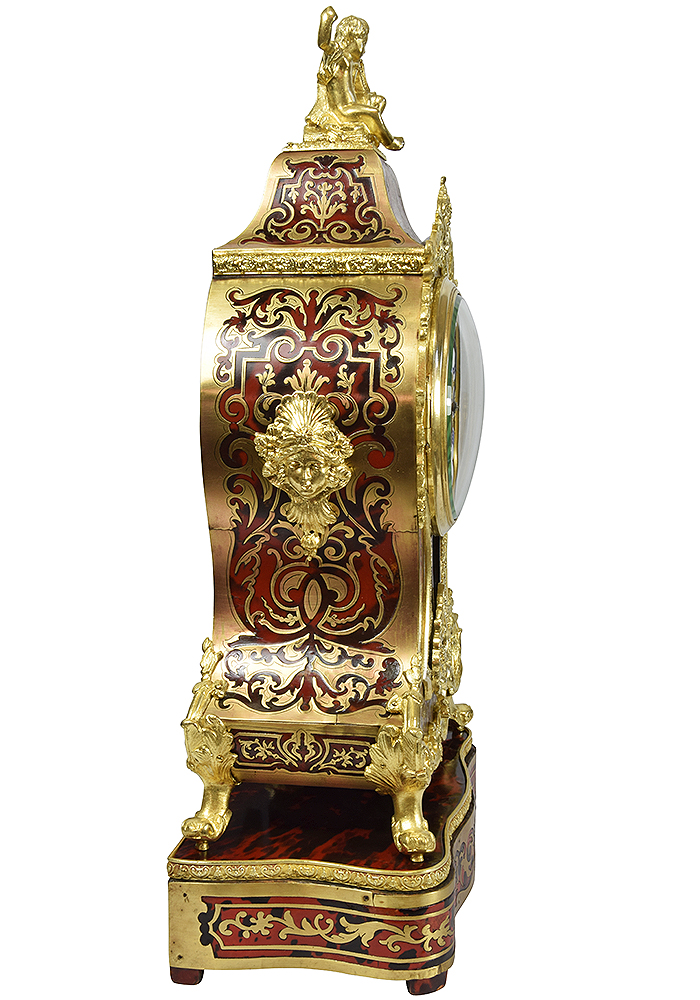 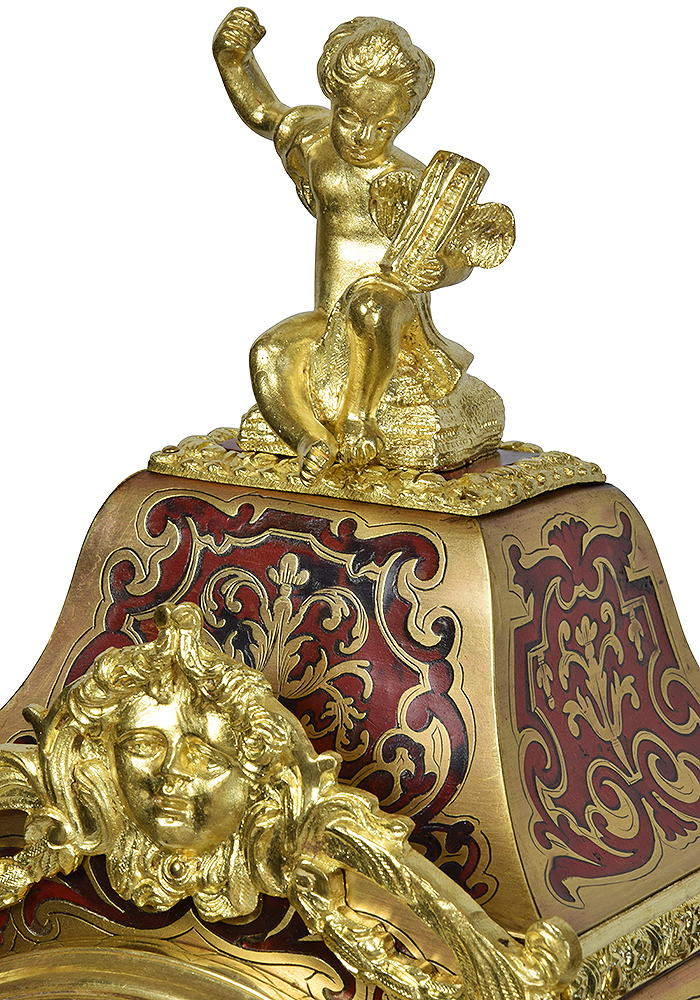 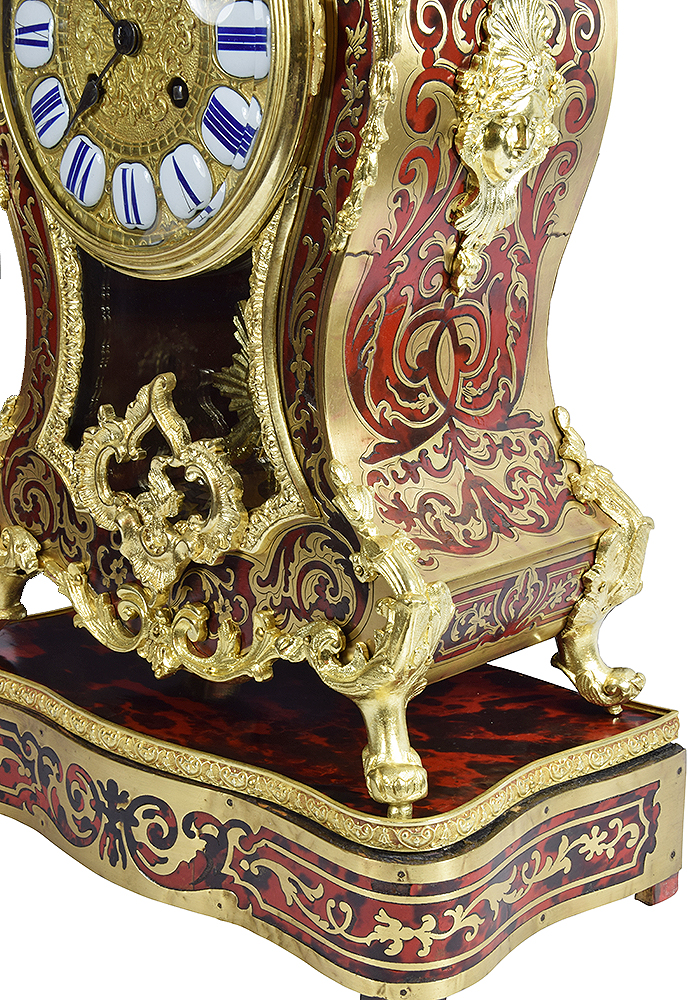 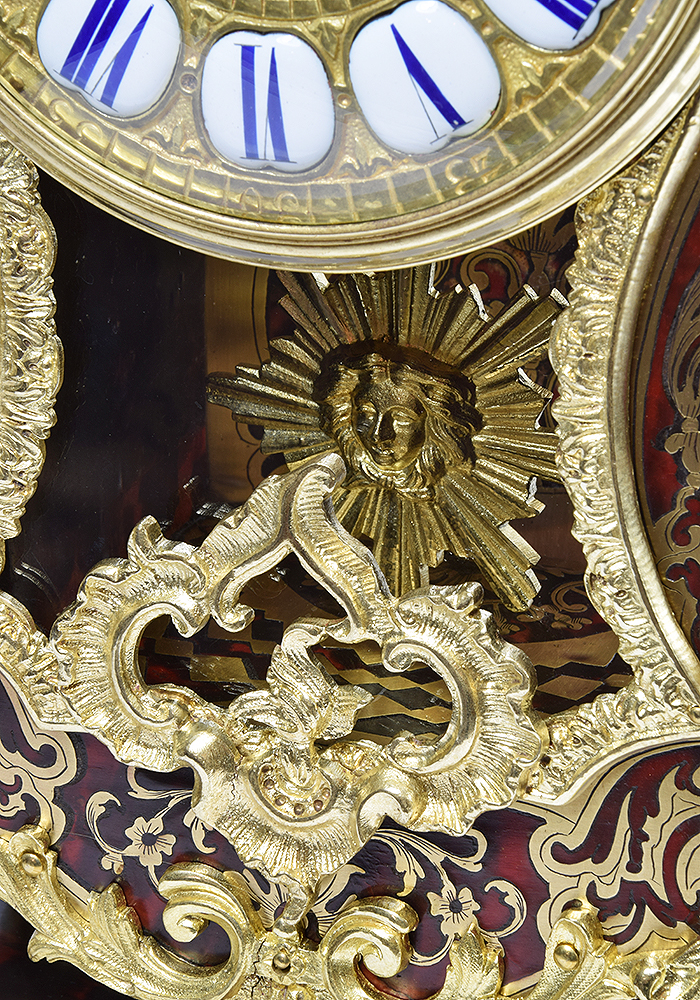 Louis XV style Napoleon III cartel. Violin architecture covered with a magnificent Boulle technique marquetry. composed of golden brass net on a red tortoiseshell background. Sun pendulum in gilded bronze visible from the facade through a window. The interior space is also decorated with Boulle marquetry. Quality ornamentation in gilded and chiseled bronze, adorned at the top with an allegory of time represented by a cherub. Chiseled bronze dial set with twelve enamelled cartridges in white enamel, the whole is protected by a curved glass.

Original movement without modification, hour and half hour strike on an old bell.

Rehabilitation and state of the art, the marquetry has benefited from a varnish to the buffer providing contrast shine and protection.